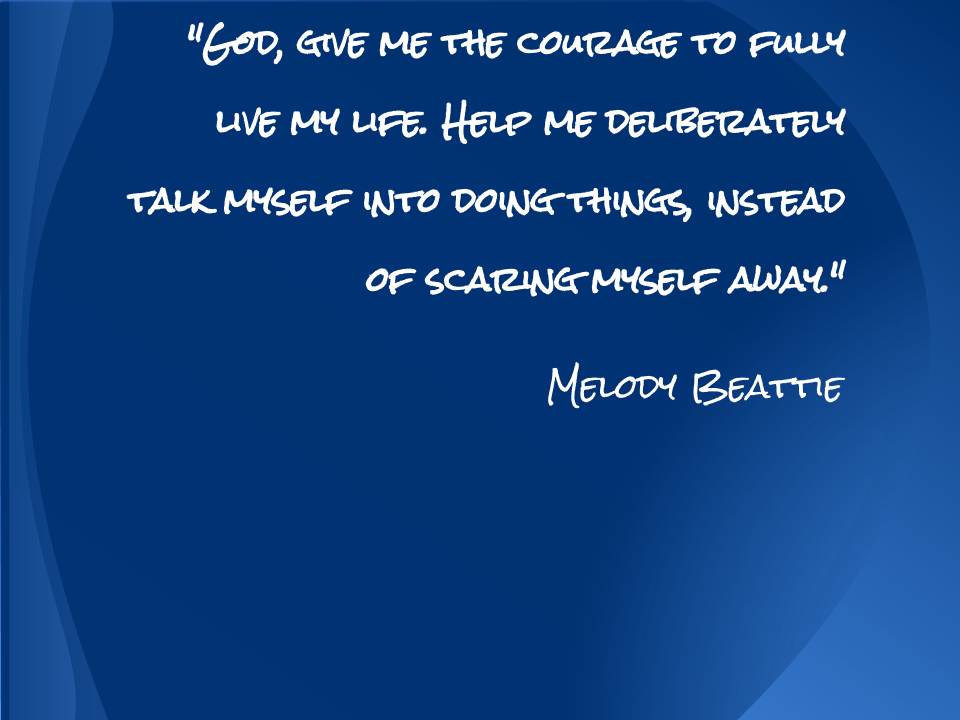 Here’s another example about the power of simplification.

For years, I heard about hiking. It sounded so elusive, diffi­cult, and mysterious. I didn’t do it, but I thought about hik­ing wistfully. One day, a friend asked me to go hiking with him. “Sure,” I said. As the day of our hike approached, I began thinking things through. I was getting a little nervous. What if I couldn’t do it well enough? What if I didn’t know how to do it at all?

Don’t be ridiculous, I scolded myself. You’re making this much more complicated than it really is. Hiking is just walking, and you’ve been doing that since you were ten months old.

The next day, I arose at 6:00 A.M., and my friend and I left for our hike. I followed my friend as he began walking up the steep incline.

Just walk, I told myself after the first ten steps. Put one foot in front of another. Walk like you’ve done all your life.

I didn’t make it to the top of the mountain that day, but I made it almost halfway.

Is there something you’ve wanted to do but have put off because it sounds too difficult and complicated? Are you say­ing no to something in your life that you’d like to say yes to, but it seems elusive and out of your reach? Try reducing the task or activity to its simplest form.

I have a friend who hadn’t dated for years. One day, a girl he liked asked him to go to the movies. He was anxious and nervous.

“Going to a movie is just sitting down and staring at the screen, then getting up and going home when you’ve fin­ished,” I said. “I think you can do that.”

“You’re right,” he said. He went and had a great time.

Sometimes, we can scare ourselves out of doing the easiest things in life. Yes, hiking involves more than walking. And going on a date with someone involves a little more than sit­ting and staring at a screen. But not that much more. Simplify things. Bring them down to their most manageable level. Instead of talking yourself out of living, learn to talk yourself into it.

God, give me the courage to fully live my life. Help me deliberately talk myself into doing things, instead of scaring myself away.” via September 6: Tell Yourself How Simple it is.

7 thoughts on “Tell Yourself How Simple it is”

The internet is filled with bright, shiny objects. Many of them end up here! A @toddlohenry project. Be shiny!!!

Translate the site into your language