It’s not just you: uncertainty is everywhere. Here’s how to cope: A Few Certain Things About Living With Uncertainty 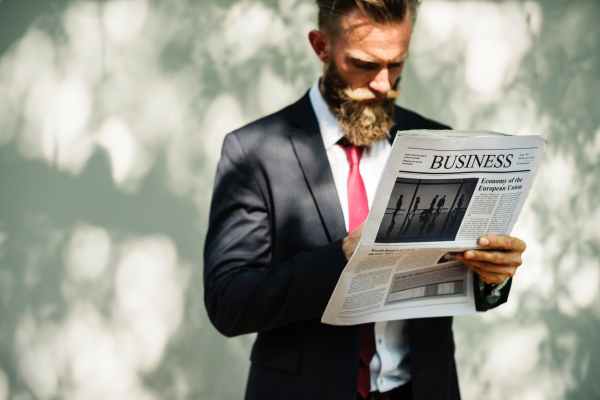 For the past two years I have been working in retail and I rarely get a Sunday morning off. Today was one of those rare days off without travel or other plans so I’m enjoying my idea of a perfect Sunday morning complete with good coffee and rye toast (breakfast of eggs and sausage coming up soon).

With all due respect to my friend David Amerland, here’s my version of perfect content for a Sunday Morning!

What about you? Add your favorite Sunday Morning routines in the comments below (because everyone thinks there’s is better than everyone elses’, right?) 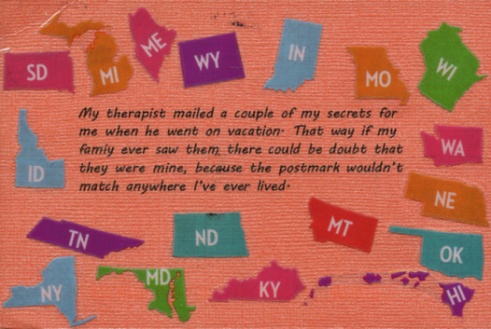 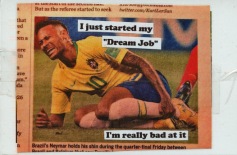 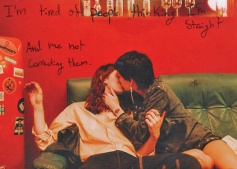 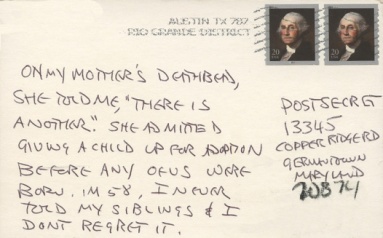 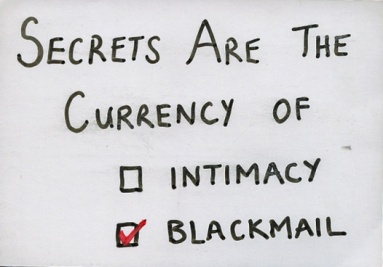 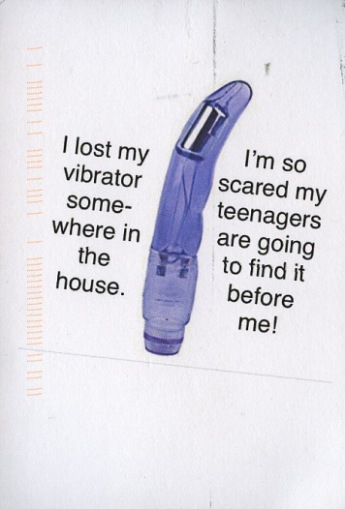 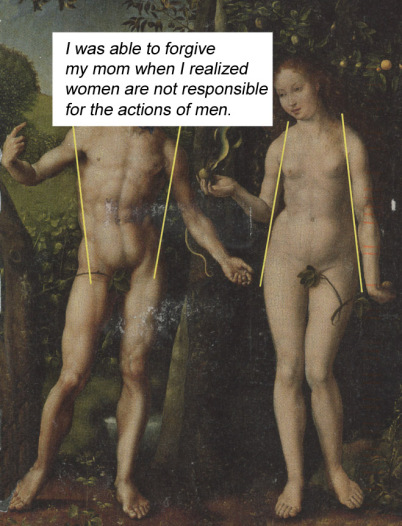 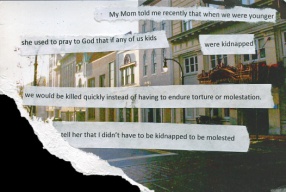 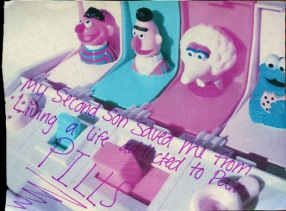 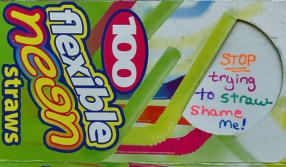 After reading David Amerland’s Sunday Read, listening to The One You Feed and Tara Brach, I’m usually looking for some lighter fare — that’s when Sarah von Bargen’s Web Time Wasters fits in! Follow the link:

So proud to call Ilhan Omar one of Minnesota’s own! Fellow Minnesotans: remember to vote in the primary on Tuesday! Here’s everything you need to know about the candidates and races.  How was your week, friends? I crossed ‘hammock camping’ off my New Things List and was surprised to discover I liked it! It is… Read more: Web Time Wasters – 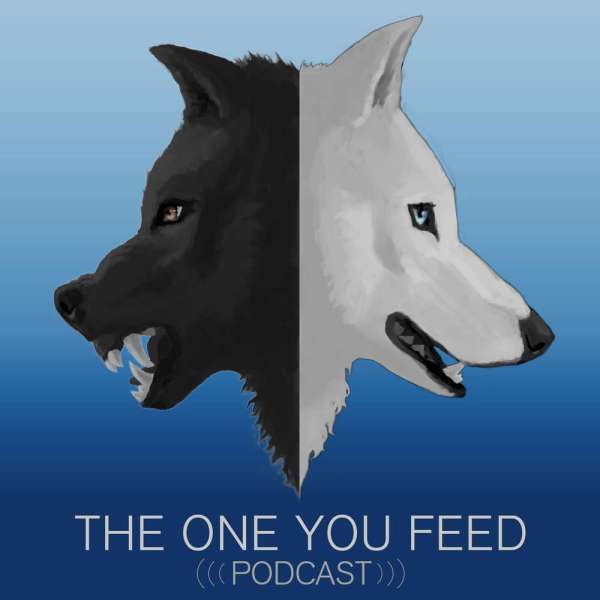 Judson Brewer MD PhD is widely considered an expert in the areas of habit change, the “science of self-mastery” and mindfulness training for addiction. He has published a number of peer-reviewed articles and book chapters, he has trained US Olympic coaches, and his work has been featured on 60 Minutes, TEDMED, Time, Forbes, BBC, NPR, Businessweek and others. So – you get the idea…this guy knows what he’s talking about and what he’s talking about is fascinating. It’s a very different approach to ridding yourself of addiction and it works. it works much better than even currently accepted “gold standard programs” and it’s something you can learn how to do today. In fact, you can learn how to do it by listening to this episode. Go to the source: Jusdon Brewer: The Craving Mind – The One You Feed 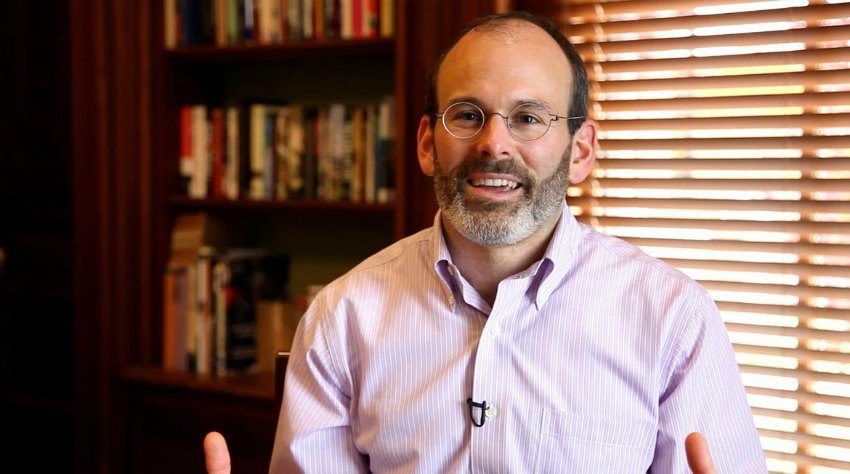 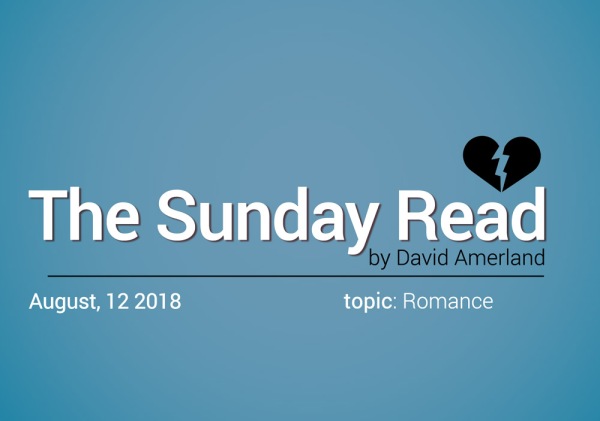 The Neuroscience of Romance shows that we are as hardwired to fall out of love as into it: Romance

Do follow the link and read, not only David’s article but consume every article and video he refers to. I warn you — it may take over an hour — but, every single article is worthy of your attention. David is to me the most amazing of human beings; he is smart, articulate AND kind. While you might sometimes find two of the three someone like David does not come along often and for what it’s worth, I want to share his thinking with you…

Here’s a list of all the articles to which he refers:

It made me tired just to create this list. Thank you, David, for your work… 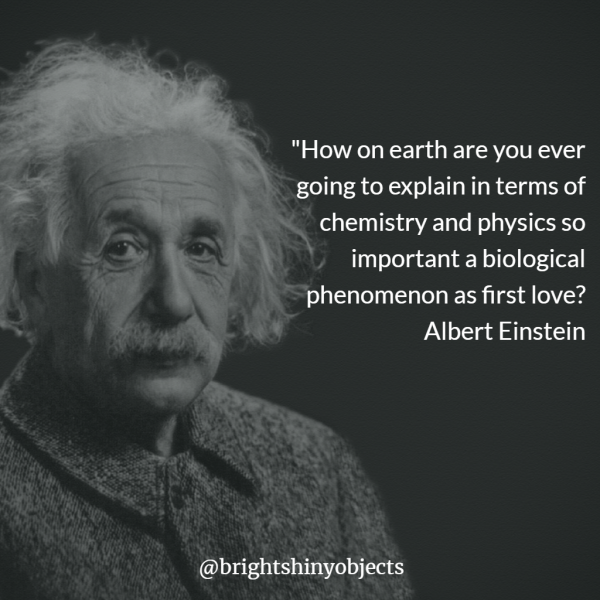 “How on earth are you ever going to explain in terms of chemistry and physics so important a biological phenomenon as first love?—Albert Einstein

Einstein was correct—science will never clinically sterilize the wonderment of love (first or otherwise). But I think he’d also agree that it’s a mistake to confuse increased understanding with diminished meaning. No matter what we learn about love, it will continue to be one of the most meaningful and powerful forces on the planet, as it should be. With that disclaimer, let’s jump in and discover what we’ve learned so far: What Neuroscience Tells Us About Being in Love | Psychology Today Love’s been around a long time. As an evolutionary anthropologist Dr Machin is fascinated by what makes us fall in love and what keeps us there. In this talk she will use the results of cutting edge research in the fields of neuroscience, genetics, evolutionary theory and psychology to explain what happens in our brains when we fall in love and how this affects how we feel and behave when we are in love: King’s College London – The Neuroscience of Love

For centuries poets and philosophers have speculated what causes two people to fall in love. Now, Biologist Dawn Maslar M.S. puts an innovative twist on this age-old question. Science can now take the mystery out of love. Thanks to latest neuroscience we can finally explain how your brain falls in love.

In this innovative twist on this age-old question, Maslar explores the latest neuroscience and explains how your brain falls in love.

Are you ready to talk about relationships? Alexandra Redcay is the executive director to Serise, Inc. She can be found at Seriseinc.com. Alexandra has over 18 years of direct practice, management, and training experience working in mental health, substance abuse, child welfare, juvenile justice, and education systems. She is an expert consultant in establishing healthy relationships.

Dr. Helen Fisher joined us at Google New York to talk about the neuroscience behind falling in love, why we love who we love, and the future of romantic love… 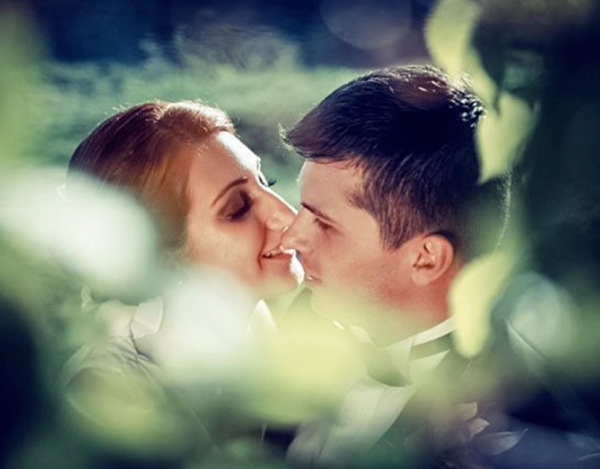 These days, few people think of marrying without having feelings of love for their partner. Love is what brings us together, and the lack of it drives us apart. But it hasn’t always been this way. There was a time when the question of love was not an issue: The Day Love Was Invented | Psychology Today 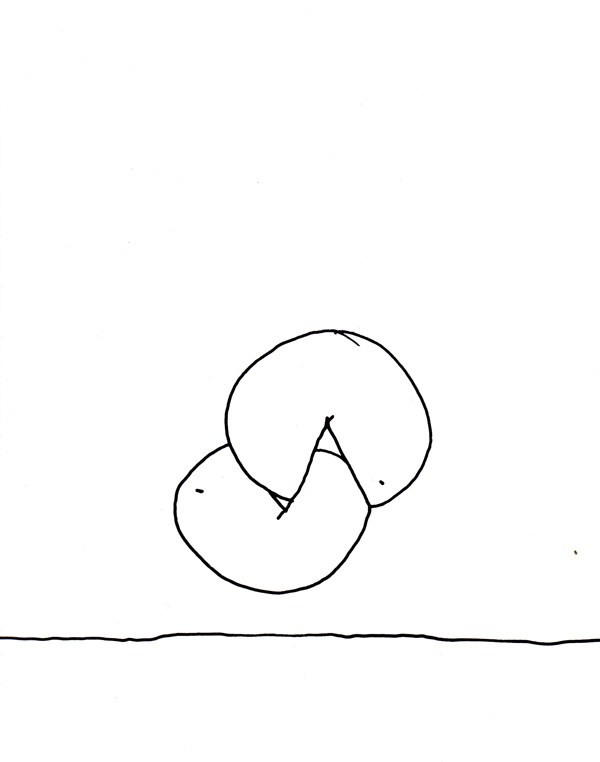 “Adrienne Rich, in contemplating how love refines our truths, wrote: “An honorable human relationship — that is, one in which two people have the right to use the word ‘love’ — is a process, delicate, violent, often terrifying to both persons involved, a process of refining the truths they can tell each other.” But among the dualities that lend love both its electricity and its exasperation — the interplay of thrill and terror, desire and disappointment, longing and anticipatory loss — is also the fact that our pathway to this mutually refining truth must pass through a necessary fiction: We fall in love not just with a person wholly external to us but with a fantasy of how that person can fill what is missing from our interior lives: Why We Fall in Love: The Paradoxical Psychology of Romance and Why Frustration Is Necessary for Satisfaction – Brain Pickings” 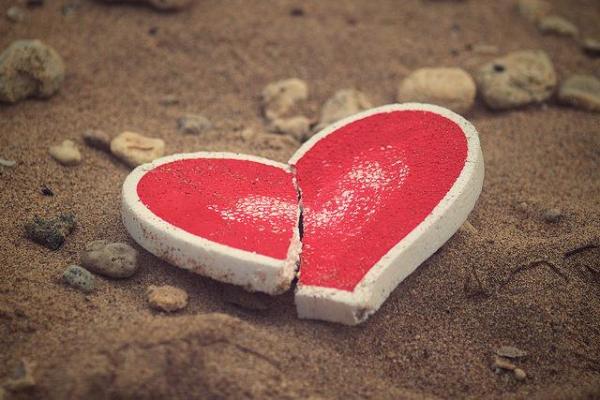 Falling in love is the easy part, while getting over the breakup is the hard part. The emphasis on monogamy and finding “the one” makes the quest for love an emotional rollercoaster with ups and downs that we may actually be programmed for. According to a recent review published in the journal Review of General Psychology, just like the brain is hardwired to fall in love, it also has a mechanism that helps us fall out of love and move along: The Break-Up: Human Brain Hardwired To Fall Out Of Love And Move On To New Relationships 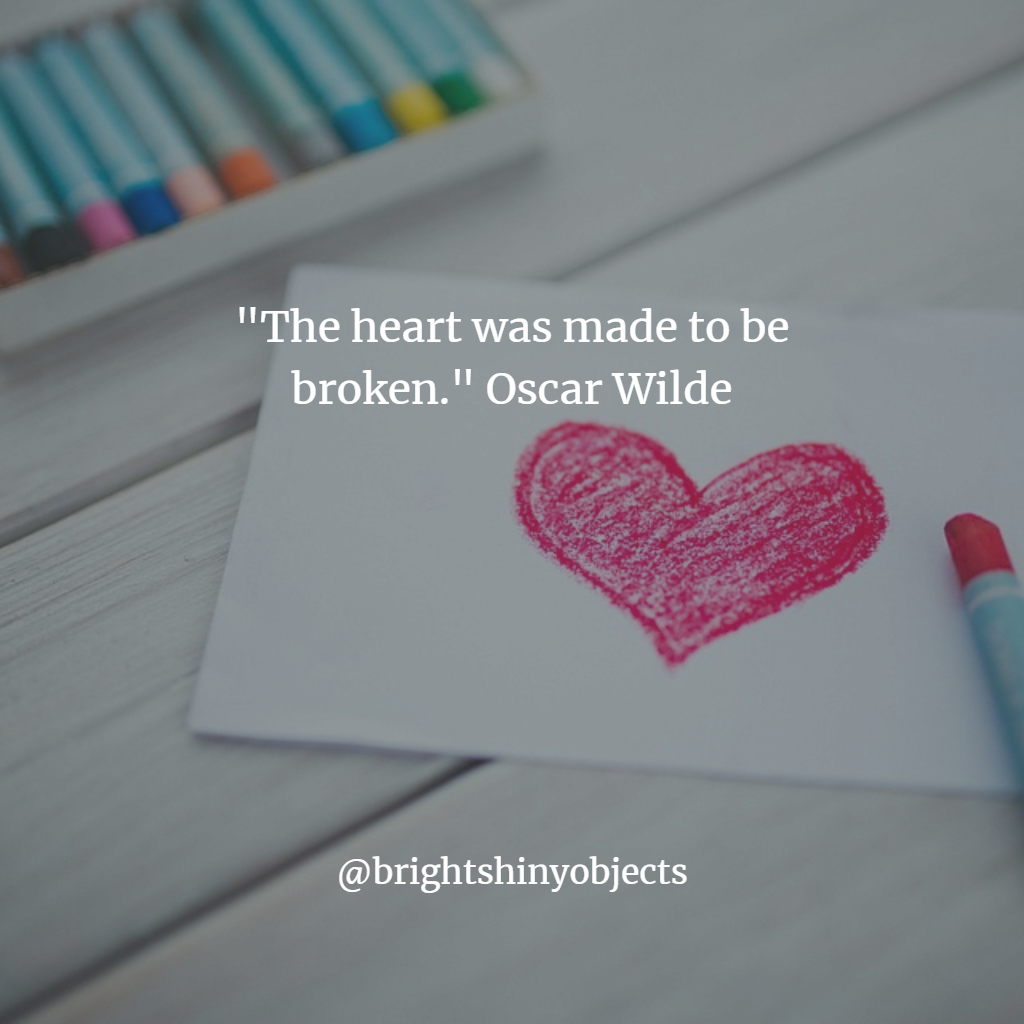 "Romantic breakups are an inevitable, if painful, part of living. Along with eliciting a wide range of emotions, including anger, sadness, and shame, a breakup can bring health problems as well. These could include insomnia, reduced immune functioning, depression, and even the temporary heart condition known as "broken heart syndrome." The severity of symptoms often depend on the strength of the relationship and how traumatic the breakup itself was. Source: https://www.psychologytoday.com/intl/blog/media-spotlight/201710/the-science-falling-out-love" "Love is powerful, scary, amazing – there are so many words to describe it. There’s no denying that all-consuming high you feel when you first fall in love. You feel like you are literally glowing from the inside out.

In fact, the neuroscience behind falling in love is quite fascinating. While many of us associate love with the heart, romantic feelings originate in the brain.

Here are four facts about the love and neuroscience connection that may surprise you:
https://www.rewireme.com/relationships/neuroscience-falling-love/" 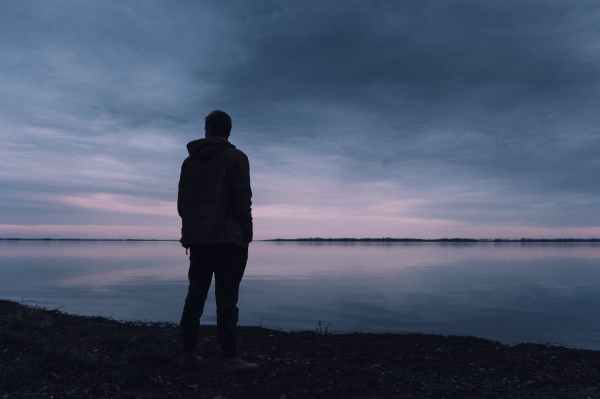 Good advice from an expert: “Love is supposed to be this ultra-great emotion that leads to throbbing feelings of happiness, moments of unforgettable togetherness, and maybe flowers and jewelry, too. Unfortunately, the reality is that love often sucks. You fall in love with people who don’t love you back, you get rejected by your idealized romantic partner, or you find yourself pining for somebody who treats you like crap. But there is hope. Though there is no quick fix for a broken heart, there are things you can do to make it easier to fall out of love with someone. We talked to the experts about the fastest way to turn your love around.” Go to the source: https://io9.gizmodo.com/5983273/how-to-fall-out-of-love-with-somebody 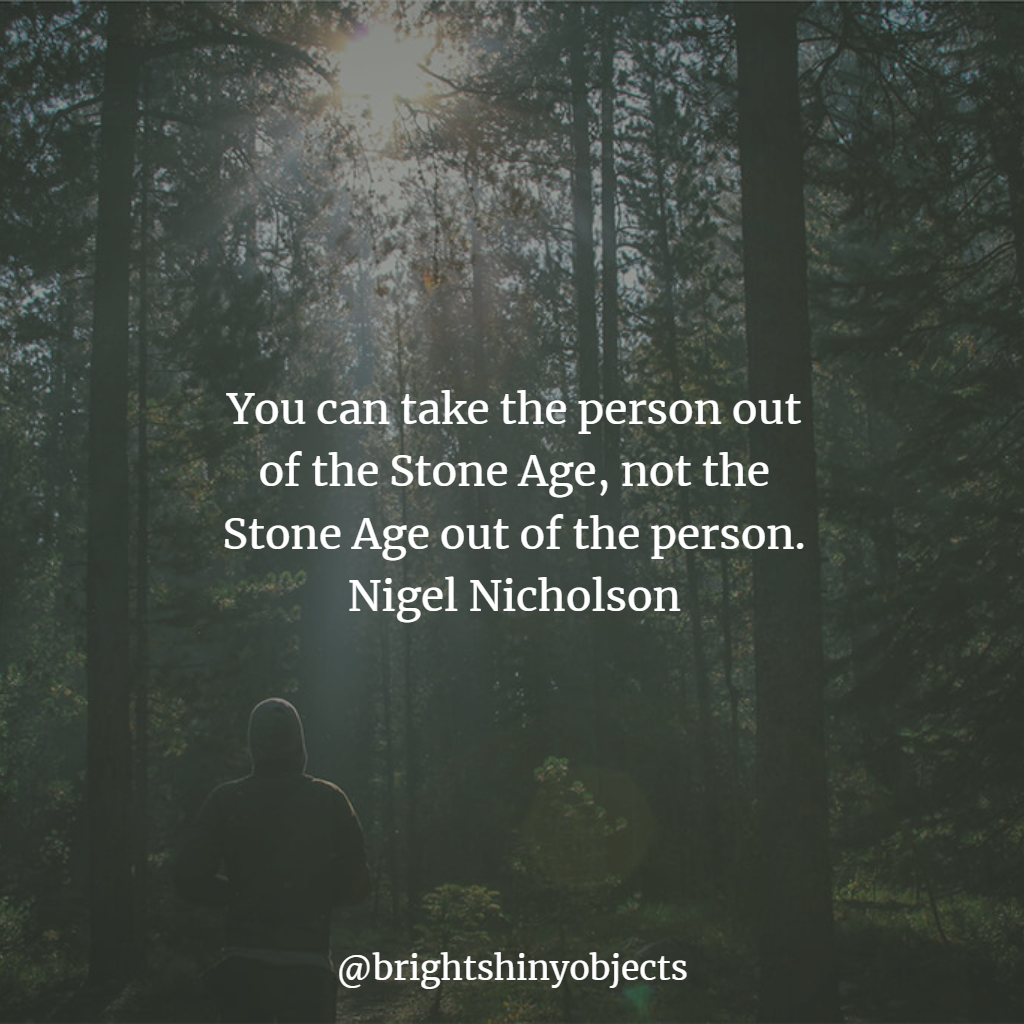 “New fields of science don’t emerge in a flash, and evolutionary psychology—sometimes called modern Darwinism—is no exception. But over the past several years, evolutionary psychology as a discipline has gathered both momentum and respect. A convergence of research and discoveries in genetics, neuropsychology, and paleobiology, among other sciences, evolutionary psychology holds that although human beings today inhabit a thoroughly modern world of space exploration and virtual realities, they do so with the ingrained mentality of Stone Age hunter-gatherers. Homo sapiens emerged on the Savannah Plain some 200,000 years ago, yet according to evolutionary psychology, people today still seek those traits that made survival possible then: an instinct to fight furiously when threatened, for instance, and a drive to trade information and share secrets. Human beings are, in other words, hardwired. You can take the person out of the Stone Age, evolutionary psychologists contend, but you can’t take the Stone Age out of the person.” Source: https://hbr.org/1998/07/how-hardwired-is-human-behavior