Campaigns, super PACs, and everyone else have churned out ads by the minute this election cycle. Here are some of the strangest.

Despite this nearly five-minute opus, Barth did not win his primary race to take on Republican Kristi Noem for South Dakota’s lone congressional seat.

Herman Cain: “Now is the time for action!”

In an unusual ad featuring a man urinating on an electric fence, Sledge lays out his pitch to become Texas’ Railroad Commissioner.

Gould, a candidate for Arizona’s 4th Congressional District, shot Obamacare to bits in his ad.

View Entire List › via The 10 Best (Worst) Political Ads Of The Year.

Andy Griffith Is Dead At 86.

A lot of people don’t realize Andy got his start as a standup comic. You can read about his life here…

If you ever feel like losing a little faith in your fellow humans, then take a swing through the comment section of pretty much any video on YouTube.

Barely Political takes a crack at the culture of YouTube in a video that imagines what a day staffing the complaint department desk might look like. 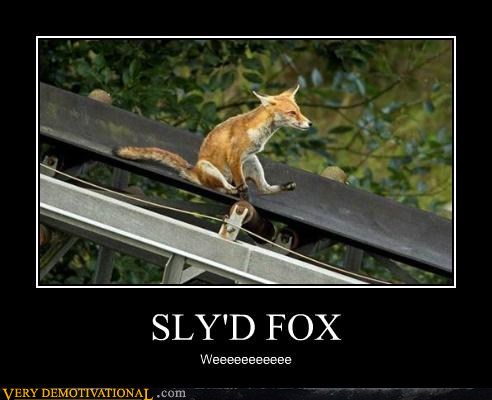 Why do I love fox pictures? Because Todd is a latin name meaning ‘fox’. :-D btw, Zorro also means fox as does Renard, the villain in the Bond movie [although I don’t remember which one]: SLY’D FOX – Very Demotivational – The Demotivational Posters Blog. Here’s my theme song — a little known number from Elton John…

Here’s a young Van Morrison as part of a band called Them with his first hit. h/t Steve Layman…

If you want to go into the ‘Troubles’, here are some other films about recent Irish history you might enjoy…

Ahhh, St. Patrick’s Day and time for the annual viewing of The Quiet Man…

As you can see, this was long before Will Riker attended Starfleet Academy! More at the source: Lesser known roles of Star Trek’s cast – Holy Kaw!

…it’s rapidly becoming one of my favorite comic strips along with Dilbert and Calvin and Hobbes! I love the artwork AND the pithy geek humor. Enjoy…